Some Geeky Thoughts for the New Year

HAPPY NEW YEAR EVERYONE!!  I hope that you all had a fun and safe holiday, whatever one you celebrated.  The general craziness of Christmas and New Year's Eve for me, derailed my blogging schedule a bit, mainly because I was like this all last month:


So I thought I'd start off my first post of 2014 by sharing some things that, as a geeky person, I'm looking forward to this year.  I'm also thinking that many of my posts this year will be containing a list of some sort, just because I always like reading list articles--I think they create a state of excitement (WHAT WILL BE NUMBER ONE?!?! I MUST KNOW!!).  But this post, I think I just plan to ramble my way through various topics, because I can. : )

So right off the bat I have to say one of the things I'm looking forward to the most this year is more British television.  If you read this blog at all, you know I am a serious Doctor Who fan, so it is killing me slowly inside that I have to wait until August (possibly longer!) for a new episode.  I can't wait to see what Peter Capaldi's Doctor will be like.  The glimpse we had of him in the Christmas special wasn't enough time to really establish anything about him (other than that he doesn't know the meaning of personal space).

But Doctor Who isn't the only British television I'm excited about.  Nope.  This month we get the return of Sherlock--which I streamed through my computer on New Year's Day.  It lagged a bit, and my laptop got infested with malware, but it was totally worth it.  No way I could wait until the 19th for it to air in America (that's just crazy talk).  I have mixed feelings about the episode, but overall I'm very happy to have the show back.  (And so is tumblr, judging by the way it blew up after the episode aired.)

I'm planning on continuing to watch all of Merlin on Netflix--such a great show and also family friendly.  And the BBC has got a trailer out for a new series, The Musketeers, which I definitely plan on checking out, (and not just because Peter Capaldi is playing Cardinal Richelieu).   Check out the trailer:


I'm not sure when it will air in America, but I can't wait.  I've always loved costume dramas, and this production looks really fantastic.

2014 also looks to be a great year for geeky movies.  I'm particularly excited to see Captain America: Winter Solider, the new X-men movie, Veronica Mars, and of course the conclusion to The Hobbit.  (Not until December!! *dies*)  How to Train Your Dragon 2 is also coming out this year I believe, and the animation looks just as great as in the first one.

Of all those movies, the one I most want to see is The Hobbit: There and Back Again.  My love for anything Middle-Earth knows no bounds.  Because this is the last year of the trilogy, a big part of me is thinking of going to Comic Con again this summer.  The pros of that is it's Geek Paradise, there's a big chance Peter Jackson will be there with the cast of The Hobbit and I could potentially fulfill my lifelong dream of meeting Orlando Bloom, and then I might stumble into Benedict Cumberbatch and kiss him.  The cons of Comic Con is that last summer it broke my bank account, and I can't afford to do that again. (Dang adult responsibilities.) 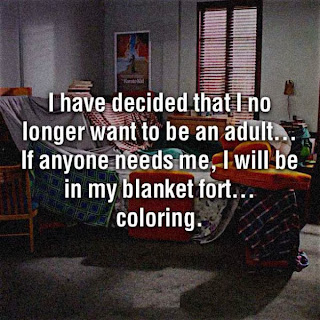 This year I'm also going to get back to writing--continuing this blog, which I've been having so much fun with, even though I'm pretty sure my mom is the only one who reads it.  (Thanks mom! I love you.)  But I also want to get back into the fanfiction scene, as well as maybe finally get around to working on, and *crossing fingers* finishing a first draft of my own novel.  The hardest part for me about writing, is getting away from all the distractions of other stories that I love.  I'll sit down, say to myself, 'time to write,' and then the next thing I know I'm on chapter 35 of one of the best Harry Potter fanfics I've ever read, and also, it's 3am.  (sadly, I'm not making that up.)

This year is also the year I plan to get to know the Eighth Doctor better.  Ever since I saw The Night of the Doctor, my love for the Eighth Doctor (and consequently, Paul McGann) has exploded.  I've already bought quite a few Big Finish Audio Adventures with him.  They are AMAZING!!  If you are a Whovian, and you haven't checked out Big Finish, stop reading this right now and go to their website.  They have many adventures with the Eighth, Seventh, Sixth, Fifth, and are now starting episodes with the Fourth Doctor--all voiced by the original actors.  It's a very fun way to get more stories with some of your favorite Doctors, and in Eight's case, one of the only ways.

I'm looking into a way to expand my blog a bit, so I can have a separate section dedicated to me exploring both the Big Finish adventures with the Eighth Doctor, and also reading and reviewing his novel series.  There are 73 books published starring the Eighth Doctor--I plan to read them all.  So if you are a fan, I recommend you check it out once I figure out how to get it up and running.


Looking back at 2013, I think it was a fantastic year.  I discovered Doctor Who in time to celebrate its 50th Anniversary.  I still can't believe that I got to be in the same room as the Doctor at Comic Con.  I also made some new geeky friends and reacquainted myself with some old ones. I battled a skeleton king and came out alive (okay, so maybe it was on a video game, but still!).  I dressed up as Harry Potter at work on Halloween and wasn't fired (always a plus). 2013 was a good year.  I'm hoping 2014 will be just as wonderful!

Fun Fact of the Day: Peter Capaldi was the lead singer of punk rock band, Dreamboys, which included Craig Ferguson (notable Doctor Who fan) as the drummer.  Basically, Craig is friends with the Doctor--so jealous!